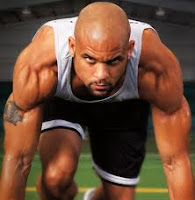 Had to share this. TOO funny. Insanity workout grumblings...

I just went to Google "Shaun T is trying to kill me". I got as far as "Shaun T is t--" and it filled in the rest! LOL
Without even clicking into the sites, I can see this:


"Shaun T. is trying to kill me. No really. He is. At first I thought we just had a cutely- funny, jovial relationship...."

"And the entire time I was thinking that Shaun T was trying to kill me..."

"For most of the week, oh hell, all of this past week, I've been convinced that Shaun T was trying to kill me with his effing Insanity..."

"Shaun T is trying to kill me. Please note this for when the police find my body in the back house, drenched in sweat and stuck in a sideways ..."

"I don't know why, but Shaun T is trying to kill me. This is especially unfair considering that I am generally a nice person. Mostly. Sometimes."

"This dude shaun t is trying to kill me this workout is crazy. Hmmm note to self get ready for the smack down when u get back to USA. I will defeat u shaun t I will ..."

"...hideous mental catch-phrase by Shaun T for this torture program..."


And one of the funniest posts I've read about the experience:


shaun t. is trying to kill me

Shaun T. is trying to kill me.

No really. He is.

At first I thought we just had a cutely-funny, jovial relationship. I would fall on my face while trying to do “level 2″ drills and we would giggle about how weak my arms are. He would chide me for taking so many unscheduled water breaks and I would shrug it off with a laugh. Even though my feet never moved as fast as, say Tonya, I figured that he would overlook it because of my winning smile and “can-do” attitude.

That was all well and good during the first month.

I swear, even though the original dvd’s were copyrighted in 2009, Shaun T. stays up late into the night figuring out how exactly to torture me specifically. Squat push-ups? Power push-ups? Level 3 drills? Common, seriously? I mean, this is some kind of practical joke, right? I’m being punk’d. There’s no way that someone actually thinks that I’m capable of HALF these moves….

That’s what led me to the conclusion that he must want me dead. I haven’t figured out his motive…but I’ll leave that to Grisom and the Gang after I’m gone. Don’t be surprised if, when they find my body, I appear to be in some sort of jumping jack position...

I was asked today to describe what Insanity is like. The above explains it in spades. 'Nuff said. :)

As far as my food intake goes, I've increased my protein in accordance to the plan laid out by Shaun T, and also increased the amount of food I've been eating, because of the killer workouts, as they also suggested.  I'm not following their food guide in detail though, because I just can't eat (or afford!) that much meat!  It all looks very clean, which is great, but I had to change my percentages a bit.  So now it's more like 45% carbs, 20-25% healthy fats, and 30-35% protein.  Much of my protein sources are plant-based you see, so my carbs % goes up accordingly.  I think I'm doing pretty well though--lots and LOTS of food!  I should probably post some pics of what I'm eating, I'm sure people will want to know, so stay tuned for that.