Recently I've been reading a book called Animal, Vegetable, Miracle.  It's about a family, who decided to feed themselves on products grown close to home (often literally raised by them), and what they learned from the experience.

This time around, I'm starting to look at food in a much more minute way--not only where does it come from, but also how was it raised, what was its life like (if it's an animal or comes from one).

Recently, I was speaking to a lady I'd met at the Can Fit Pro conference I attended, and she mentioned that she now buys different eggs--ones from chickens which have never been injected with any antibiotics, etc.  I said "what do you mean?"  She said she did some research, and found that even local eggs can have a lot of antibiotics etc in them.  Now, I'd never considered that eggs would be full of stuff like that.  I tend to try to not take pharmaceuticals unless I really need to, since they tend to be kind of harsh to the system.  Antibiotics particularly I tend to avoid, and would much rather go the pro biotic route if I can.  Traditional western medicine does have its place, but to my mind I'd rather be as healthy as possible, and thus avoid getting sick in the first place if I can.

Anyway, she said that the difference is quite noticeable both in how the eggs look (particularly the raw yokes being clear), and of course the flavour.  So, I looked for the kind she said she buys, and tried them.  I can tell you without a shadow of a doubt that there is a HUGE difference!  I couldn't believe it.  So now I eat drug-free eggs!

Another way that my paradigm shift with regards to food has changed, showed today.  I'd gone to a local store, where I knew I could get good-quality whole chickens.  They're a bit more expensive, but the flavour difference is HUGE.  Which is alarming quite frankly! 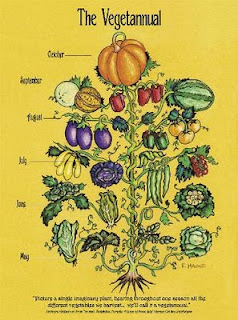 I went there hoping that they would have some organic chickens, which they did.  But I saw a sign saying that they're now carrying chickens from the same local farm the organic chickens are from, who are raised "traditionally".  They're fed herbs to ward off illnesses and infections, and are fed actual feed chickens evolved to eat--rather than the corn that so many "meat" animals are raised on.  The only difference from those chickens and the organic ones is the organic certification.  And the price.
Before reading Animal, Vegetable, Miracle, I wouldn't have known what that meant, and would have gone for the organic chicken, just because I knew what that was.  NOW, however, armed with that little snipped I learned from the author and HER heritage chickens which she raised traditionally, I bought the new (old) fangled one!
I decided that I was going to make stock out of it too, and had an eureka moment!  If I wasn't going to eat the skin anyway...why not just boil it in the stock pot with all the herbs and bits of veg?  Wouldn't that make it totally tender and flavourful, and put the stock 90 minutes or so ahead of the game?  So I did!  And it's delish!!
The rest of the happy chicken is in the stock pot, to continue to boil with the lid on for about another hour, and then I'll take the lid off and let it simmer way down.  If I were going to make chicken (or vegetable) soup tomorrow, I'd just simmer it to the point where it makes good broth.  However, I want to boil it way down, so it'll be thick and super-flavourful, and then freeze it in individual ice cubes.  Those cubes can then be used as stock for whatever, later down the line.
Posted by Amacuba at 6:45 PM