What’s for dinner? What’s in season? Why am I asking questions?!


I live in a Ontario Canada, where the growing season in clear: A flurry of activity, followed by a rush of lovely seasonal, local foods, finally culminating with the autumn harvest—the last of what nature has to offer--hearty, robust produce we’ll make into stews, casseroles, or grate into crunchy salads.

As the growing season progresses, the produce goes from fairy, light-as-a-feather foods like fiddleheads (available in season for just 2 weeks!) through strawberries, tomatoes and peppers, celery and broccoli, and now, when many folks think the season is over, we’re into things like cantaloupe, carrots, kale (love kale!), leeks, pears, apples, potatoes and winter squash!

Have you ever tasted a super-fresh potato, right out of the ground? Well, washed and cooked, but have you? It’s an eye-opening experience! This time last year I was at a friend’s house for dinner, and she went to her family’s farm to literally pick what we would be having with our meal. Among other things, she picked lovely tiny red potatoes.

Now, I know what you’re probably thinking—it’s a potato. What’s so great about a potato? But I had no idea what a truly fresh potato actually tasted like. It was fantastic! All it needed was a tiny bit of sea salt, because there was so much flavour. In a potato! 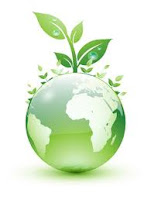 Strawberries are another example. Off-season strawberries from fields hundreds or thousands of kilometers away, may LOOK like strawberries, but they sure don’t taste like them. And the nutrition also suffers. They most often taste like water, and many of the nutrients are lost because they’re picked before they’re ripe, so they survive the trip. Don’t let me get started on the sprays used to keep them “fresh” on their journey…

Local foods in season also last longer. Have you ever bought something from the produce section of your supermarket, only to have it start to rot in just a few days? It’s annoying, it’s expensive…and it makes me wonder just how old this “fresh” produce really is. If it came from a long way away, it’s likely at least a week old. I’ve had carrots go soft in 2 or 3 days which I bought form the supermarket. Now I buy my carrots from the farmer’s market, and they not only have a far superior taste, they last for WEEKS!!

You may be thinking to yourself, “yes, but how am I supposed to know what’s in season and when, in my area?” Simple. Google “produce season” and your location. So for me it would be “produce season Ontario”.

For Americans for example, I’ve come up with this rather helpful link, which is a state-specific seasonal produce guide.

After reading Animal, Vegetable, Miracle, I have to tell you, my idea about food has changed dramatically. I’ve been going to the farmer’s market for a few years now, but I now refuse to buy things from non-local sources, if I can help it. I seek out local dairy, local meats, local produce. And I try to eat as much as I can in season.

Unfortunately, I don’t have a big freezer in which to freeze and store fresh local produce, for consumption during the winter. Nor do I have room to store jars of preserves, or dehydrated veggies and fruit. So unfortunately that means I’ll have to make do with what offers during the winter. There are some local greenhouses which have a crop during the winter, which of course I’m all over, but that’s pretty much it. The way I figure it though, I will do all I can. I use biodegradable soup and cleaners. I don’t waste water, nor do I waste electricity. I take the bus, and car-pool. I eat organic products whenever I reasonably can (aka they don’t cost 10X as much).

Next growing season, I plan to try my darnedest to eat 95% in-season produce! If I plan ahead, I shouldn’t have much trouble. I say mostly because there may be times when I want nothing more than a mango…which isn’t local. But I’ll definitely be doing my part!

So…what are YOU doing, to do your part?
Posted by Amacuba at 2:33 PM