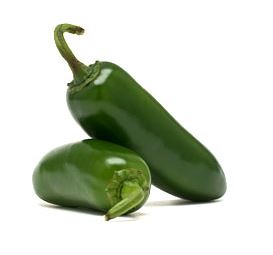 Last weekend, I picked up some lovely fresh and perky jalapeno peppers for $2 for a half-pint
(worked out to 8 decent-sized peppers).

I had the idea that I could keep a couple fresh, while harvesting the seeds from the rest, to plant in my first-even community garden plots next year (free seeds!), and dehydrate the peppers to grind up, and add to sea salt and some seasonings, to make a custom home-made flavoured salt. 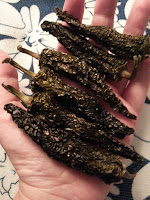 Great idea, right?  Yes, it is...except I decided to dehydrate the peppers with the seeds in (my thought was that it would dry out the seeds, and they wouldn't get moldy or rot, as I was waiting for them to dry, since it's quite humid here), and I had to use a pair of scissors to cut into them, to get out the seeds.

So what right?  Yes...except that I didn't wash my hands as thoroughly as I thought I did, afterward, and then put my hands to my face.

THE BURNING!  IT WAS EVERYWHERE!  Then I sniffed, because my nose was running.  OMG WORSE BURNING!!  THERE WAS APPARENTLY JALAPENO POWDER IN THE AIR, AND I'D SNIFFED IT RIGHT UP MY NOSE!!

I ran screaming and coughing into the bathroom, and scrubbed my hands and my face with cold soapy water.  Once the water was off my face, my face started feeling like it was enormous and inflamed.  It felt like my face was distended by an inch!  When I looked, it was normal, but OOOOOOH THE BURNING!!

For the next hour, I continuously rubbed iced cubes all over my face and lips.  It worked, but as soon as I stopped, the burning returned.  FINALLY, the burning lessened, and I added raw coconut oil to my face (which I normally use for moisturizer), and the burning went away.

Silver lining?  At least I know the peppers weren't duds!  They should make a great seasoned sea salt, if I ever get the nerve to make it...and then eat it.