I wanted to write a quick post to tell you about some of the ways I've been saving money during this 100 Days of Real Food, other than the farmer's market, which is a no-brainer if you live in an area that has one:

A couple of years ago, a friend of mine went mostly vegan, and said she wished there was a farmer's market where she lived, because she was finding it expensive to shop where she'd always shopped.  I suggested that she take the time to look around at other grocery options, and also to check out her local Asian/Indian/International supermarket.  She was skeptical at first, after all, do people who aren't from those regions shop there?  I said you bet, if they want to save money, AND want to try new ingredients and flavours they may have never tried before!

So she went, and it's become a part of her regular grocery shopping since!

At my local Asian supermarket, the produce section isn't as big as this one below, but it's still got a decent amount of food: 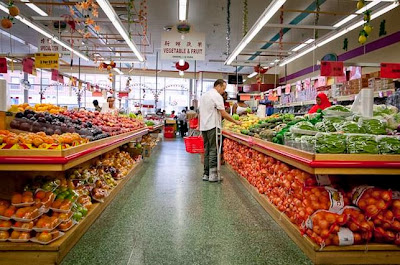 In my area, the comparable prices I've see include:

There are also many frozen fruits, like the ones below, which if you look at the ingredients list, contain only the fruit. 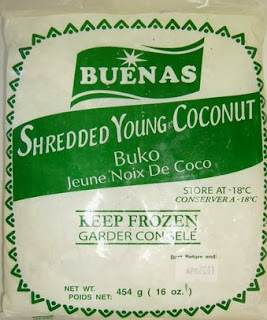 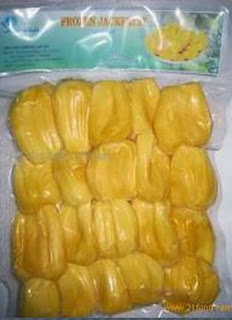 Those are the 2 things I currently have in my freezer from my local Asian supermarket.  Both were less than $2.  Coconut is usually quite expensive at my local supermarket, and jackfruit isn't available at all!  Jackfruit smells weird, but tastes amazing!  Kind of like if a coconut a mango had a love child. :)

The Asian supermarket is also an excellent place to get soy products like tofu.  Not only are they ofextremely restricted in China?  99% of soy produced in North America is GMO.  If you eat soy ANYTHING, you need to shop at an Asian supermarket!
better quality than the ones usually sold in regular supermarkets, but did you know that GMO's are

Another way to save money, especially during the winter, is to buy bags of frozen fruit.  The fruit is frozen when it's at its peak of freshness, and as long as you read the ingredients list (as you should always do) and make sure that the only thing in there is fruit, then it's real.  I tend to steer toward the local stuff in the summer, but I live in a part of the world where it's cold in the winter, and nothing is local, so the frozen stuff is actually a better choice not only because it's a good price, but because it's more nutritious.  Think about it--what would be more full of nutrients, berries picked ripe and frozen in just a few days, or berries picked before they're ripe, which ripens artificially on a truck (no new nutrients from the parent plant) and is sold to you as "fresh"?  Have you even had strawberries which LOOK good, but taste like water?  That's artificially-ripened fruit.  BLECH.

It may seem like a lot of trouble to go somewhere new, maybe even a little scary, but definitely check it out.  I do most of my grocery shopping for the week on Saturdays, and I take the bus, so if I do it, so can you!  Buy a grocery cart and get going!