I found this article and found it really interesting!  I'm transitioning into a plant-based lifestyle, which for me means mostly plants, with animal products sometimes.  I didn't start out wanting to be plant-based, my body just was telling me that it can't handle meat all the time--my body just doesn't like it, and I end up feeling very heavy and tired if I eat it too much.

The benefit to this aversion of meat all the time (I still do have it a few times a week, but not enormous amounts each time) is that I'm filling in the spaces with plants, and reaping the health and monetary benefits from it.

Anyway, the article is from www.theage.com.au 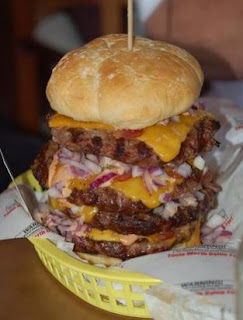 The US might be the birthplace of the quadruple bypass burger (available with 20 slices of bacon), but it's also home to the Meatless Monday movement and some of the most passionate promoters of plant-based diets. There's Michael ''eat food; mostly plants'' Pollan and former president Bill Clinton whose own bypass (a real one, not a burger) was the nudge he needed to eat less fried chicken.

Now the list has another high-profile name: Mark Bittman, The New York Times food writer - and meat lover - whose new book offers a semi-vegetarian approach for anyone who is not prepared to forgo animal foods entirely but wants the health benefits of eating more vegetables and grains.

Like Clinton, Bittman's decision to overhaul his diet was prompted by bad news about his health.

Six years ago, he was 15 kilograms overweight, his cholesterol was going north and his blood-sugar levels were edging towards type 2 diabetes. While other doctors might have prescribed medication, Bittman's doctor prescribed a vegan diet - all the plant food you can eat, but no meat, fish, eggs or dairy


Knowing he couldn't sustain this way of eating full-time, Bittman came up with a compromise: he would go vegan for breakfast and lunch but include animal foods for dinner.

After a month of eating this way, he had lost six kilos; after two months, his cholesterol and blood-sugar levels had dropped to normal levels, and his sleep apnoea had disappeared. Within four months he had lost 15 kilograms.

"I would say the whole thing was far easier than I thought it would be," he says. "It was a game at first, and maybe that was a good thing - 'can I do this?' Well, yes, I could and now that it's been six years, it's obviously sustainable.''

Bittman has turned this experience into a book, Eat Vegan Before 6:00, which will be published here in August. The VB6 way of eating goes something like this: for daytime meals, eat all plants - vegetables, fruit, grains, nuts and legumes, and avoid refined carbs - but for dinner you can ease up and include meat, dairy, eggs or fish and refined carbs such as pasta and rice.

A typical breakfast might be oats or muesli with non-dairy milk and fruit; lunch could be some combination of legumes and vegetables, such as bean soup, a lentil salad or wholegrain bread sandwich. For a snack there's fruit or nuts. Although animal foods are OK at dinner, he encourages generous helpings of vegetables and no pigging out on processed food.

Bittman believes this approach gives structure but with built-in flexibility to accommodate eating out, travel and, yes, cravings. 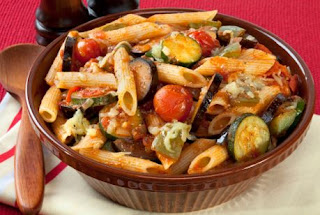 Part of what makes VB6 sustainable, he says, is it's flexible enough to allow for caving in from time to time.

It also means if you're at a friend's place for lunch and meat is on the menu, you just opt for plant foods at dinner instead.

"It's about doing your best to nourish yourself with real, wholesome foods most of the time and not beating yourself up when you don't," Bittman says.

He's a man who likes his pork and beef as much as anyone but recognises that diets big on meat and processed food come at a cost to human health, the environment and the welfare of animals raised in factory-farm conditions.

The solution, he says, is to reduce our demand for cheap meat and highly processed food by moving away from what he calls the ''meat-as-main-mentality'' and, instead, build meals around plants.

Will this ever become a mainstream way of eating? Definitely, says Bittman, who predicts that in 50 years' time we'll be eating very differently.

"Nothing else is sustainable," he says.


So what do you think?  Think you can include a few plant-based meals this week, as a start?  How about just 3?  That's totally do-able!