I was making a green smoothie for myself and a friend last night, when I decided to add a bunch of cucumber.  I sliced them up in to manageable pieces, and dropped the slices into the almost-full blender.
I noticed when I dropped in a particularly thick one, that a glob of green smoothie bounced up out of the blender.  I didn't see where it went, and looked everywhere for it, but couldn't find it, so figured it had just went back into the blender. 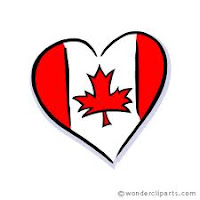 Later in the evening, when I was preparing for bed, I looked into the washroom mirror, and found the glob of green smoothie...on the top of my head!  Apparently "There's something about" me!!  HAHA!
I'm beginning to notice a difference, with the raw food I've been eating.  Though I'm not 100%, I've noticed that I'm not bloated, when I should be at the moment (you ladies know what I mean); I'm not a complete psychopath; and my cravings aren't beastly either.  So, basically things are much easier than they are 99.9% of the time, during this time.  And THAT ALONE makes all this worth it!

I'm still waiting for my dehydrator.  It's only been 6 days, but I'm chomping at the bit!  And now Canada Post has decided to only make deliveries on Mondays Wednesdays and Fridays.  BUT I'M WAITING FOR MY DEHYDRATOR!  How rude!!  BAH I say.

I'm also noticing that I just feel different in general.  I have no idea how to express it--which is unusual for me--I'm kind of calmer I guess, like I'm filled up with cool water or something.  OK that sounded lame, but do you know what I mean?  Cool, calm, serene.  Mostly.

I'm also spreading the raw food joy;  I've been making green smoothies for a co-worker everyday this week, and she said this morning that she came into work without a coffee (she is a big coffee drinker) because she thought maybe the green smoothie might replace the coffee.  She said that it made her "feel better".  I'm not surprised in the least.  There are so many readily-accessible nutrients in them, PLUS all that iron from the spinach (or whatever) how could she not feel better and more awake?
I'll make another smoothie for both of us for tomorrow, but adding four handfuls of spinach instead of two.  Hopefully that will help to convince her further to get rid of the brown stuff in favour of the green! 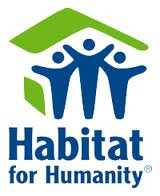 Friday will be a day where I won't likely get much raw food.  I'm participating in a Habitat for Humanity build, and though it's potluck, I have no idea what everyone else is bringing.  PLUS I LOVE BBQ so ain't no WAY I'm not participating in THAT! lol  I knew ahead of time that it was happening, and also that I'll be at a BBQ for Canada Day (1st July), which will be the same kind of thing.  I'll make the healthiest choice reasonable of course, but I'm not going to sweat it.  Or pass up the beer on Canada Day!
Posted by Amacuba at 7:22 PM